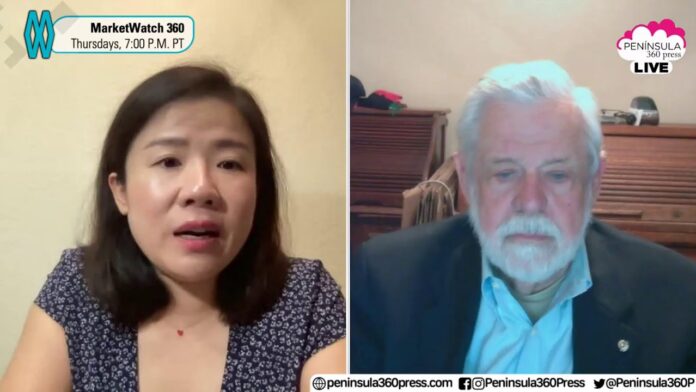 "Afghanistan is one of the three most corrupt countries in the world," noted Keith Blackey, an advocate for the people of Afghanistan on the weekly MarketWatch 360 digital marketing show, produced by Peninsula 360 Press and airing live every Thursday at 7 p.m. Pacific time across social platforms.

Blackey gave a live account of what it's like to live in the Islamic Emirate of Afghanistan: "As soon as I stepped out of the gate at Kabul airport, I saw devastation, hunger, poverty, fear, and I realized I was in a completely different world.

Nancy Zhang, a consultant with digital marketing firm MarketerWitch LLC and host of MarketWatch 360, discussed with Blackey her experience living in Afghanistan and the urgent steps its people must take to survive in what Blackey described as "a war zone."

In addition, the Asian country was approached from the perspective of women's rights. Zhang asked Blackey what to expect from an Afghan woman. "An Afghan woman must always go out accompanied by a man," Keith Blackey recounted. "Actually, as a woman, that sounds scary; you don't have freedom in that country and you can't exercise any rights," Zhang said.

Blackey noted that the largest Afghan population outside of Afghanistan is in the city of Freemont, Alameda County in California; in that regard, he also stated that translation services are needed to access services provided by local authorities such as housing, employment, education and health.

During the MarketWatch 360 broadcast, the public was urged to help the Afghan population that has found refuge in California's Bay Area.

In addition, Nancy Zhang invites Peninsula 360 Press readers to contact her personally. via this form for guidance to help your business.