Learn how to make dumplings at home with this delicious recipe.

Cheese, meat or spinach ravioli in Italy; tiny Milpalta bean tamales in Mexico; Pierogi in Poland; Japanese pork gyozas; Argentine empanadas; and, of course, Chinese dumplings. Mankind has loved wrapping stuffed dumplings as a gift for millennia. Here is the recipe for making dumplings at home.

In the last week of April we started, together with Redwood City InternationalA trip around the culinary world through the cuisines of different ethnic groups that can be found in restaurants in this sunny city.

We landed our first stop at the Chinese station, and the favorite dish of choice was the delicious homemade dumpling. We were warmly welcomed by the hosts of the restaurant Crouching Tiger.

Like bread, dumpling, a delicate gift of humanity, probably emerged in different places at the same time. It may even have been created as a way of stretching food to feed more people, a Chinese version of the Mexican "adding more water to the broth. In this case, combining cabbage, onions and vegetables with what little meat a family could get, as well as wrapping it up for individual bites doubles the quantity and satiates hunger.

These tiny crescent-shaped portions of stuffed rice dough take hours of cooking to complete. The recipe stays in the family and is passed down from generation to generation. They are called Jiaozi. And they can be assembled and cooked in different ways: boiled, fried or steamed.

Thus, the crescents "stick" to the bottom of the pan as they cook until water is added, and the steam is what releases them when they are fully cooked.

In some families, the style of dumpling folding identifies each woman who acquires a seat at the dumpling preparation table, especially at the Lunar New Year celebration.

According to legend, Chinese stuffed dumplings were invented during the Han Dynasty (206 BC-220 AD) by a man named Zhang Zhongjian, a "holy doctor". The event occurred when Zhang returned to his ancestral village during the winter after a long absence. During that season, he noticed that many of his fellow citizens were suffering from cold, especially around the ears.

To solve this problem, Zhang cooked a batch of mutton, a few medicinal herbs, shredded them and wrapped them in pieces of dough. He folded the dumplings to look like little ears, boiled them. To all the sick he gave two "ears" along with a bowl of hot soup.

Since then, cooks all over China, and then the world, have begun to imitate Zhang's recipe with additional ingredients such as vegetables and other types of meat to celebrate Chinese New Year.

If you were left with a craving after the above, or just want to know more about it, Peninsula 360 Press did a live webcast on the Lunar New Yearas well as a live cooking show about dumplings, both of which can be viewed here:

And boy, did the dumplings come as gifts!

To make these delicious dumplings at home, Peninsula360 Press shares the recipe used during the cooking broadcast. This recipe is for approximately 50 dumplings.

Ingredients for the wrap:

Ingredients for the filling:

To make dumplings, you have to use rice flour, which we call ????. (hard flour). If you can't find flour for dumplings, you can use bread flour. Just check the protein content before choosing a brand (a 10% is good). If you can't even find bread flour, I have a trick. You can use all-purpose flour and add 2 eggs and water to the flour to make it higher in protein. I like to measure it together because each egg is different. Here's my suggestion: for every 400 grams of all-purpose flour you'll need 205-210 grams of the egg and water mixture. Now you know the secret to the perfect dumpling wrapper. We can get started.

Measure 400 grams of flour for meatballs and add 1/2 teaspoon of salt. Mix and slowly pour in 200-210 grams of room temperature water. Use chopsticks to stir while adding the water. Gather all the flour and make a dough. Knead the dough for about 5-6 minutes or until smooth. Cover and let it rest for 20 minutes.

20 minutes later, knead it again for another 5 minutes. Cover with a slightly damp towel and let it rest for 1 hour. The reason we knead twice is to help develop the protein. This will ensure that the dumpling wrapper has a great texture.

While you wait, you can make the filling.

We make the stuffing of pork celery. It is very easy. Always stir in one direction only for 6-8 minutes and whisk the stuffing.

Put the filling in the fridge and let's take a look at the dough.

It should be softer and more manageable. Now it's time to divide the dough into many small, even pieces. Put the dough on the cutting board and sprinkle a little flour on it to prevent sticking. Roll the dough into a thick piece. Then cut it into thick strips. Be sure to measure it so that the strips are the same thickness. Once you're done, line them up. Cut it into small pieces. Use something to measure it too. It doesn't matter the length or width, as long as all the pieces of dough are the same size. I don't usually use a scale, but if you ask me, I'll tell you that each piece of dough should be about 11-12 grams.

Cover it with a slightly damp towel and we can start making the dumpling wrappers. Take a piece and flatten it with your hand. Roll it into a round wrapper with a thick center and a thin edge. The size can be big or small, it depends on the size of the dumplings you want to make.

Take some filling. Put it in the wrapper. Fold the wrapper in half and pinch it a little. Push both sides to the center and sew the edge. Stiffen it to make sure they don't open up during cooking. This recipe is enough to make about 50 -60 dumplings.

Use a sturdy frying pan. Add a little oil. Stir it around so that the oil coats the bottom. We're going to use medium heat to do this. The oil will start to heat up as you add the meatballs. Wait a minute or two and add 1/4 cup of water. Cover. Let it cook until all the water is gone. If the lid can be closed completely, leave a small hole for the steam to escape. Once all the liquid has evaporated, check the bottom for color. If it is well browned. You can plate them and serve them with your favorite dipping sauce. 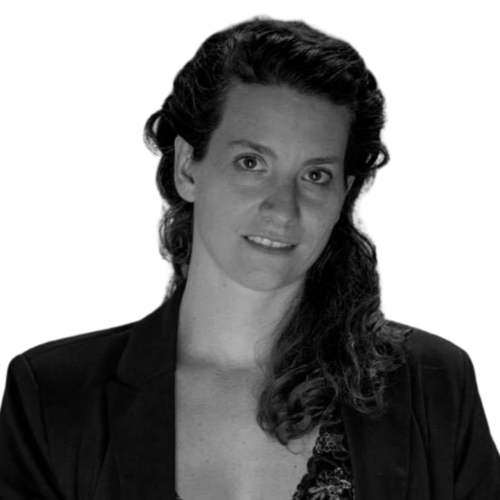