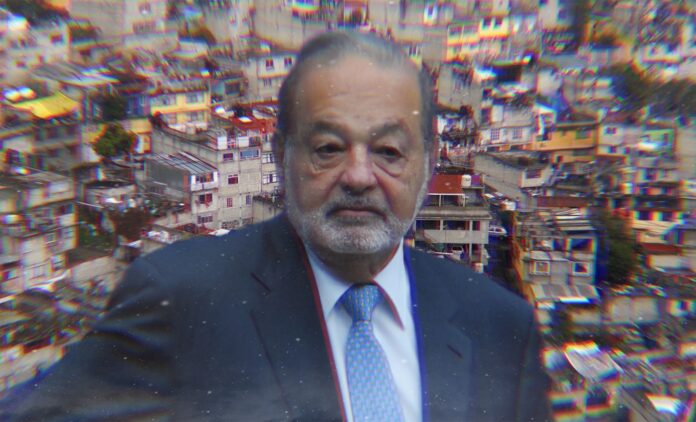 The Mexican news agency Sin Embargo reported that six people of Mexican origin are in the eleventh list of the 500 wealthiest people in the world.

Carlos Slim Helu is the richest billionaire in Mexico, and he is number one on the list of the richest people in the country and number 21 in the world; however, the Forbes list has ranked him number one in the world in the last decades.

In addition, the publication mentions Sara Mota de Larrea, at number 112; Ricardo Salinas Pliego, at 165; Alberto Baillères González, at 289; Juan Beckmann Vidal at 350 and Germán Larrea being the 438th Mexican in the world list. It was concluded that the fortune of businessmen has grown up to 60% during the effects of the COVID-19 pandemic.

Peninsula 360 Press issued a report in which he detailed the fortunes of people who saw their wealth increase by 277% as was the case of the CEO of Tesla Motors and Space X.

However, Mexico is one of the countries in Latin America, belonging to North America, with high rates of poverty, economic inequality and academic dropout; to this, we must add the increase in the unemployment rate that resulted from the crisis caused by the pandemic caused by COVID-19 which, according to Sin Embargo, resulted in a reduction of 5.8% only in 2020.

Companies like those of Carlos Slim Helú and Ricardo Salinas Pliego are due to agreements with the federal government and concessions made by the presidency of Mexico headed by Andrés Manuel López Obrador. Teléfonos de México and Radiomóvil Dipsa are the largest telecommunications companies in Mexico, but also in the rest of Latin America under the América Móvil brand, which also offers entertainment content. Recently, it announced that the construction company under Carlos Slim would be responsible for repairing line 12 of the Mexico City Metro after an elevated section of the tracks along with the carriage collapsed in the middle of the avenue with passengers inside, which left 27 people dead.

Meanwhile, Salinas Pliego owns the second largest Spanish-language television network in Mexico and the largest in Latin America. Recently, he entered the telecommunications business where he offered 4K fiber optic television services under the name Totalplay and was the first Mexican provider to offer 1GB connection speed. Salinas Pliego ordered not to stop the commercial activities of its electronics and furniture stores in Mexico after the severe confinements throughout the country in 2020 as a result of the COVID-19 pandemic and it was considered essential the operation of banks that, fortunately for Salinas Pliego, are installed in each branch.

As in the U.S., it is proposed to create a law in which the hands that concentrate most of the country's capital pay more taxes in order to ensure a more equitable distribution and promote the economic participation of other sectors of the population.