Importance of the Tea Ceremony

The person who runs away from Winter is condemned not to experience Spring? Zen PhilosophyI

The Japanese tradition of the tea ceremony (cha-no-yu, chad? or sad??) is a ritual form of preparing green tea or matcha, influenced by Zen Buddhism, served to a small group of guests in a quiet setting. It is a significant manifestation of traditional Japanese history and culture. To learn the practice of the tea ceremony is to study Japanese culture.

Cha-no-yu ("hot water for tea") usually refers to an individual ceremony, while sad? or chad? ("the way of tea") refers to the study or doctrine of the tea ceremony. The sad? pronunciation is preferred in Samurai Tea traditions such as Ueda S?ko-ry?, while chad? is preferred in the Urasenke tradition.

There are many other "ways of life" in Japanese culture: the Aikid? way of energy and harmony, the Ikebana way of flowers, the Shod? way of calligraphy, the Kaiga way of painting, etc. Architecture, gardening, painting and ceramic art have also been influenced by the tea ceremony.

The monks used to do it in a hut in the middle of a garden. This ceremony is not limited to the visible world, nor is it limited only to the art of serving tea, but to the cultivation of sensitivity. Of all the fullness of the world in which we live. To bring forth the art of love and modesty that leads us to Observation. Zen masters in the constant search for perfection connect with Nature. This is an inexhaustible source of teachings.

The coded gestures repeated endlessly in the ceremony immerse us in the present: the green color of the tea reminds us of moss, the design of the porcelain represents flowers. The shape of the sweets and their color allude to the changes of nature and the seasons, and a calligraphy containing a teaching of a Zen, Chinese or Japanese monk hanging on the wall is used as a frame for meditation.

All this ceremonial allows participants to immerse themselves in the present.

Doing this ceremony can change our life. This ceremony gives us a moment of Peace in this world full of tribulations. It allows us to enter the child in us, to preserve the soul of a child who innocently absorbs the present and marvels at all the things he or she observes and explores. Materialism leads to fear and existence is seen as a struggle for survival, so we need to connect with nature, which teaches us that human beings are subject to the changing seasons.

We must become aware that Winter must come; that we cannot avoid the cycles of our life if we lock ourselves in the worries of everyday life, blocking our brain with negative emotions that prevent us from seeing the beauty that surrounds us, from the present and from having hope for when Spring arrives.

Achieving Serenity does not consist of enclosing our heart in a grotto isolated from the world. To come out of the cave to see the world as it is, is one of the teachings of the Tea Ceremony?

How to make tea ceremony and its elements

The Japanese tea ceremony, known as Chanoyu, is not only a particular way of serving tea but also a cult of art.

Literally Chanoyu means "hot water for tea". Chadô (sometimes written as Sadô) is the philosophy behind learning the ceremony, and means ?the way of tea?

In concrete terms, the Japanese tea ceremony consists of serving matcha green tea in a protocol-like manner. The aim is to achieve the greatest possible economy of movement. It is influenced by Zen Buddhism and is the most structured of all oriental ceremonies, as it is governed by strict protocol.

At present, in high spheres: its aim is the creation of a special atmosphere, in which participants savor tea and admire paintings on nature and other works of art. All materials and equipment used in the Chanoyu have a beauty, construction, representation or artistic expression.

It is also an invitation to forget all material and worldly objects in order to purify the soul and thus reach a state of spiritual harmony with the universe. It is a ritual of reflection and self-knowledge.

Utensils used in the tea ceremony

The utensils used to prepare tea are true works of art, delicate, preserved through time and built with a particular purpose within the tea ceremony.

? Chawan: it is the bowl where matcha tea is prepared. It is a large bowl to allow us to whisk the matcha tea powder inside.

? Chaire or Natsume: is the container for storing tea.

? Chasen: it is the bamboo whisk, used to mix matcha tea with water.

? Chashaku: the bamboo spoon used to measure the right amount of matcha tea and serve it.

? Hishaku: is the bamboo ladle used to serve water.

? Chakin: is the white linen handkerchief used during the ceremony to clean the bowl.

? Fukusa: is the silk cloth used during the ceremony to clean the chashaku and chaire.

According to Zen Buddhism, true beauty lies in simplicity and simplicity. This is one of the premises of the Japanese tea ceremony.

Chanoyu is based on four principles: Wa (harmony), Kei (respect), Sei (purity) and Jaku (tranquility). All the objects surrounding the ceremony, as well as the activities that comprise it, pursue these principles.

It is believed that holding the ceremony with full awareness of these principles can transform human consciousness. This tea began to be drunk in China during the Song Dynasty (960-1279). But it became popular in Japan when Japanese Buddhist monks learned to use it from the Chinese. The Japanese brought it back to their country and thus developed the Japanese tea ceremony?

The entire ceremony can last four hours or more, and is divided into four stages. Often in public demonstrations the ceremony is reduced to only the last stage, which lasts about an hour.

Surrounded by mystery, the tea ceremony is not so much about the art of serving tea as it is about cultivating the sensitivity to experience the world here and now: to live in the present. This ancient practice is therefore not limited to what the eyes see.

The ceremonial allows those who practice it to forget their fears to fully immerse themselves in the moment. There are many groups, clubs, books and texts that tea masters use to transmit this wisdom to their disciples: short stories, parables, philosophy, poetry in order to understand the mechanisms of the mind. The true nature of consciousness.

Each of them will help to translate the teaching to their own reality. The quality of our life, Zen tells us, depends on the quality of our thoughts and thus achieve a real change in the way of thinking and perceiving the world. It is good to know that in this year 2022 the learning of this ancestral Ceremony that is helping many people to face the anxiety of this century is still being promoted.

Today, spirituality is sought in many ways, but no change is achieved: we are plagued by a terrible fear of what is to come.

We have not had the will to resolve our traumas, the insecurity in which we live continuously produces stress and depression; the tiredness of living leads us to look for someone to do it for us in the easiest way. We live resentful with everything and everyone, in a world of continuous attack and in spite of all the advances of our time, our worries, our existential anguish is still the same as in the past or maybe worse.

Governments do not do justice. New wars appear. We are fed up, many of us are asleep because of drug consumption. New religions have appeared that share spirituality to see how they make business. Influencers are manipulating minds. Many people simplify their lives by looking for "YouTubers" who solve everything.

I think so? if we do not give ourselves time to live in the inner silence to which objective, conscious observation of the world in which we live, the nature of our inner nature, leads us! With Love and Modesty.

Perhaps it is time to look into the past. To delve into those ancestral wisdoms that have remained in Time.

You may be interested in: Harvey Milk: the echo of his fight for LGBT+ rights continues to echo loudly 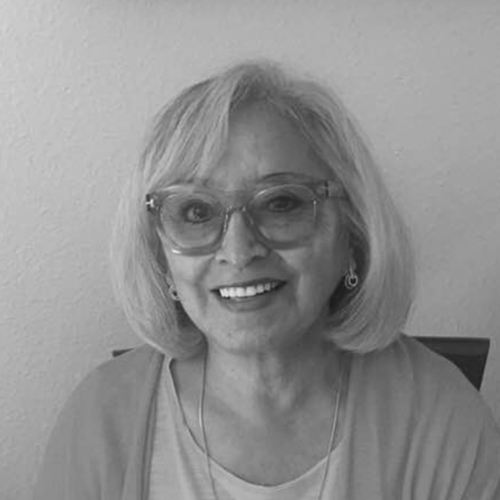